Share
I am just the beginer for investor world
Top


Share
I am just the beginer for investor world
Top 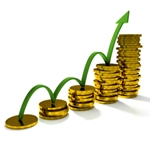 Shell in March secured China's first product sharing contract for shale gas, hoping that getting in early will allow it to be a big beneficiary from the sort of boom in shale that has transformed the U.S. energy market.

Asked if the firm remained committed to a plan to invest $1 billion a year in China's shale gas over the coming few years, Lim Haw Kuang, Shell's top China executive, said in an interview: "Yes, yes and yes."

"If there has been an adjustment to that pledge, it could only be an upward revision," added Lim, a Malaysian national and a Shell veteran of 34 years.

China is estimated to hold the world's largest reserves of the unconventional gas -- which can be unlocked from ancient shale rocks by "hydraulic fracturing", a technology well developed in recent years in North America.

Shell is also aiming to build a $12.6 billion refinery and petrochemical complex in eastern China, a project that could become the single largest foreign investment in China.

The Anglo-Dutch firm is one of the biggest investors in China's energy sector but faces strong competition.

Exxon Mobil (XOM.N), BP (BP.L), Total (TOTF.PA) and Chevron Corp (CVX.N) are also trying to get a bigger slice of the Chinese market, where use of natural gas is set to triple this decade and growth in oil demand makes up more than a third of the world total.

Shell has lined up China National Petroleum Corp CNPC.UL, the country's top energy group and parent of PetroChina (0857.HK)(601857.SS), as its partner for both shale gas and the Taizhou refinery project.

"It's an alliance between strong firms. That should help control the cost," said Lim, referring to its shale gas venture with CNPC in Sichuan province, where Shell drilled 11 wells last year, more than any other international firm.

CNPC, through PetroChina, produces some 60 percent of China's crude oil and nearly three-quarters of its natural gas.

Shell is a major supplier of liquefied natural gas (LNG) to China, securing gas from its global fields including in Australia and Qatar. LNG is super chilled gas for shipping in tankers.

The company also plans to relocate its global business unit for coal bed methane to China later this year, and establish a global research hub for unconventional gas and oil -- its first outside Houston.

China expects CBM, gas trapped in coal seams, to meet 15 percent of the country's needs by 2020.

Lim, 58, who has been Shell China executive chairman since 2005, said successfully investing in China required finding a long-term strategic partner.

"We need to find a partner who will not only cooperate with us well for one day or two, but also share the same development vision and direction over the next few decades," he said.

The company may face a bigger test investing in China's refining sector where there are question marks over profitability due to rigid state controls, while environmental issues have also become more important.

Environmental concerns forced the relocation a few years ago of a Kuwaiti-invested plant, while recent protests in China over pollution have turned violent and forced authorities to cancel projects.

Shell, which hopes to complete a feasibility study on its Taizhou project in the next few months, said it had been communicating about the project from early on with its partner CNPC, local government and residents in a bid to allay safety and environmental worries.


Share
“Its like a finger pointing away to the moon. Don't concentrate on the finger
or you will miss all that heavenly glory.”- Bruce Lee
FAQs เกี่ยวกับแนวทางลงทุนแบบ VI
Blog ใหม่ >> https://www.blockdit.com/articles/5d733 ... 270d7b530
Top

I think Shale gas replacing coal is an interesting idea but one that will hurt oil more than coal.

Have you seen this report by BP? Very bullish growth rates for gas supply but it will affect oil more than it affects coal.

"Over the next decade coal is still the largest contributor to the growth of power fuels, accounting for 39%"

Gas may grow strongly but coal will still see a demand increase of at least 1 billion TOE over the next 20 years. Gas will kill off oil more than it kills of coal.

Moreover, over time, Banpu can still transform itself into an energy company that operates coal asset.

Beyond the panic of shale gas killing coal, one should not overlook the ability of Banpu to grow and expand overseas - which is a weakness for many Thai companies but a strength for Banpu as evident by its strong track record overseas.

I am doubtful that this is money well spent for PTT

... Analysts at Bank of America Merrill Lynch said the amount of gas used for power generation hit a five-year low in August as generators switched to coal.

"Therefore, most European generators have replaced more expensive natural gas with cheaper coal as the baseload feedstock of choice in 2012, continuing a trend of gas-to-coal switching that started to be evident last year," they added. ...