Research In Motion Ltd.’s cut to its profit forecast prompted some longtime bulls to lower their ratings on the stock and slash their price targets to as much as 38 percent below the stock’s close before the warning.

At least five analysts dropped their ratings for the stock after RIM said earnings would be lower than what it had forecast a month before. Mike Abramsky, an analyst at RBC Capital Markets in Toronto, who has had an “outperform” or “top pick” on RIM since January 2009, cut his rating to “sector perform” and his price target to $55 from $90.

“We were wrong,” Abramsky said in a research note today. Coming four weeks after providing guidance, “this warning raises questions about RIM’s visibility into its own business.”

Peter Misek, an analyst at Jefferies & Co., cut his rating on the stock to “underperform” after recommending investors “buy” or “hold” the shares since at least 2005. RIM’s reduced forecast suggests the company may have delays in getting phones it introduces at an annual trade show next week into stores, which will only turn off carriers and consumers, he said.

“RIM’s falling mindshare and its continued execution- related delays is souring its relationships with carriers,” Misek, who is based in New York, wrote in a note. He cut his price target from $80 to $35, or 38 percent lower than the stock’s closing price yesterday.

The Waterloo, Ontario-based company is struggling to compete against Apple Inc. and Google Inc. in the smartphone market. RIM’s share of global smartphone sales fell to 14 percent in the fourth quarter from 20 percent a year earlier, according to the British research firm Canalys. The share for devices that run Google’s Android operating system more than tripled to 33 percent and Apple was unchanged at 16 percent.

RIM, which will hold an investor day alongside the BlackBerry World event in Orlando, Florida next week, must convince investors it can come up with products that can compete with Apple’s iPhone and Android devices, said Paul Taylor, chief investment officer at BMO Harris Private Banking in Toronto.

“Management needs to deliver on the product side,” said Taylor, who manages about $14.5 billion including RIM and Apple shares. “That includes competitive next-generation smartphones and building out the app library.”

Apple offers more than 350,000 software applications, or apps, and Google’s Android Market has more than 150,000, compared with more than 25,000 in BlackBerry App World.

“The issue is an aging that happens in your higher-end products and it affects margin,” Balsillie said. “All things being equal we would love to have these products earlier and not be having this call. Because it’s such a big upgrade, it takes longer.”

The Waterloo, Ontario-based company said on Thursday that profit will be $1.30 to $1.37 a share this quarter, instead of $1.47 to $1.55. RIM said BlackBerry shipments will be at the lower end of the range of 13.5 million to 14.5 million it projected last month, and the mix of devices will shift toward cheaper models.

The company said full-year earnings will be about $7.50 a share, after projecting earnings in excess of $7.50 last month.

“The investment community was already skeptical about the full-year guidance of $7.50 and this gives them reason to be more skeptical,” said Michael Walkley, an analyst at Canaccord Genuity Ltd, who has a “hold” rating on the stock.

Cormark Securities Inc.’s Richard Tse, who has had an “outperform” or “sector perform” rating since at least October 2008, cut his recommendation to “reduce.” Gleacher & Co. Securities’ Stephen Patel and National Bank Financial’s Kris Thompson also reduced their ratings on RIM.

“We’ve lost confidence in RIM and don’t see this as a one- time miss,” said Thompson.

Sameet Kanade, an analyst at Northern Securities Inc. in Toronto, suggested the company should consider adopting Android for its consumer devices to stay competitive. He also said RIM should scrap its two-CEO structure.

“It is apparent that this dual structure is not working at RIM,” he wrote in a note. “We contend that a change in management structure is required and believe the vote is clearly in favor of Mr. Mihalis ‘Mike’ Lazaridis, who is the technical brains behind the company. 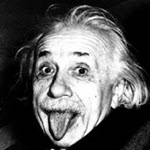 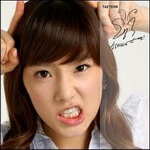