PETALING JAYA: A crude palm oil (CPO) price rally is in the offing as rising weather risks, such as drought in major soybean growing areas in the US Midwest and a potential El Nino, set to play havoc on crop production, according to plantation analysts.

Analysts expect CPO prices to surge, especially if the El Nino is confirmed in the second half this year, with the fresh fruit bunches (FFB) production likely reduced by a staggering 30% depending on the severity of the weather phenomenon.

At the close yesterday, CPO futures on Bursa Derivatives Exchange closed on a higher note with the third month benchmark October contract settled RM52 higher at RM3,045 per tonne.

Its regional analyst Ivy Ng said in the report that the drought in the United States had resulted in a 5% cut in soybean production forecasts, which spells good news for CPO price as it would tighten global soybean oil supplies.

“We are more positive on second-half prospects, given the rising odds of an El Nino,” she added.

The research unit estimate that every 10% reduction in the US soybean crop would dent global edible oil supply by 0.46% while a 2% cut in palm oil supply due to El Nino could slash global supply by 0.5%.

“Therefore, we estimate current global supply could be cut by 1% or 1.76 million tonnes, potentially leading to a CPO price rally of US$96 per tonne to the RM3,400 to RM3,500 per tonne level,” said Ng.

Ng said: “The rising weather risks are expected to prompt investors to relook at the sector, as the selling price increases tend to outweigh the shortfall in production since the bulk of demand is price-inelastic.”

Meanwhile, OSK Research, in its latest regional plantation report, said apart from lower palm oil yield, the weakness in India's rupee could also be a major catalyst for a strong rally in CPO price.

Its analyst Alvin Tai said in the report: “We believe the rupee's weakness will only cause a temporary slowdown in India's edible oil import.”

The currency has been weakening against the ringgit and rupiah in the past four to five years but it has not prevented India's palm oil imports from hitting record levels.

Should an El Nino occur, Tai said it would severely curb India's oilseed yield and prompt a sharp spike in its edible oil import, similar to 2009.

Due to the Indian currency's weakness, the palm oil price in rupee terms had been hovering at record levels since early 2011, he added.

“While one should anticipate some form of demand destruction if prices reach excessively high levels, it is too early to tell if we have reached that point.

“After all, India's first half-year edible oil import is still higher by 34% year-on-year this year, while its palm oil import has risen 23%,” he explained. India is one of the world's largest edible oil consumers, with about half of its consumption is met by imports.

Kenanga Research, in its report, also concur that CPO prices could surge if El Nino returns in the second half this year. The extent of the severity of El Nino would determine how significant will the FFB production be reduced.

At the same time, the research unit said tree stress effect might continue in the second half this year. Although CPO production showed a higher production of 6% month-on-month to 1.47 million tonnes, it actually fell by 16% year-on-year compared with June 2011 level of 1.75 million tonnes.

Kenanga Research expects resilient demand from major consumers, China and India. In June, the highest growth was seen in China, up 38% to 316,000 tonnes, while India's rising 28% to 195,000 tonnes respectively.

The shift to a cheaper alternative for soybean oil may have caused China to consume more CPO while exports growth to India and Pakistan were probably caused by CPO purchases ahead of the Ramadan fasting month, which will likely start this Saturday. 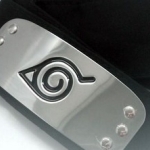 The Palmex Thailand 2012 will be held on 30 Aug at Krabi. This year, the palm plantation visit will be at Univanich krub.

offshore-engineer wrote:The Palmex Thailand 2012 will be held on 30 Aug at Krabi. This year, the palm plantation visit will be at Univanich krub.