Resource-rich Laos is seeking to replicate successes in other communist countries such as Vietnam and China by developing its capital markets to facilitate growth and create jobs for Asia’s youngest population. Laos may expand 7.5 percent this year, the fastest pace among the 10-member Association of Southeast Asian Nations, the Asian Development Bank said in a report on its website.

Laos as part of the frontier markets holds a particular attraction to us,” Mobius, 74, said in response to e-mailed questions. The country has potential to join “compelling” frontier stock markets as demand for its hydropower and mineral resources boosts economic growth, he said.

Private companies and state-run enterprises may raise at least $8 billion in equity and bond sales in the next five years, Vathana Dalaloy, the acting secretary general of Laos’s Securities and Exchange Commission, said by phone on Jan. 8 from the capital Vientiane. About $15 billion will be needed to fund government and private sector investments by 2015, she said.

The country “will continue to increase investments in infrastructure, offering valuable opportunities in the construction, transportation, banking and finance and telecommunications industries,” Mobius said. “Laos has experienced strong growth over the year and could become quite an important market in its region.”

In neighboring Thailand, there are 478 companies on the main board of the nation’s bourse, while Vietnam’s Ho Chi Minh City Stock Exchange has 275 listed stocks, up from two when it opened in 2000.

Overseas investors are limited to a cumulative 10 percent stake in EDL-Generation and cannot buy shares in the bank, according to Vathana. The government and regulator plan new securities laws and accounting rules to improve information disclosure by listed companies, Vathana said.

“Laos has its challenges along with other frontier markets,” Mobius said. “Liquidity will be the key concern for most investors.”

Ruled by a communist government since 1975, Laos began market reforms in the 1980s, and now aims to integrate with the global economy and join the World Trade Organization. The country’s 7 million people, 40 percent of whom are under 15 years old, earn $2.6 per day on average, according to statistics from the Association of Southeast Asian Nations.

“Rising consumption should also provide the economy with strong purchasing power and the ability to spend their way into growth,” Mobius said.

Copper and gold mining, hydropower and tourism are the biggest sources of income in a country where most people survive on subsistence farming, according to government data. Companies such as Rio Tinto Group and Electricite de France SA have invested in mines and power plants to tap into the nation’s rivers, minerals and precious metals.

The country’s total trade in 2009 amounted to $2.9 billion, 42 times less than Vietnam and more than 700 times below neighboring China.


Share
Becoming an Automatic Millionaire on Just a Few Bahts a Day..
My blog: http://nutsiri.bloggang.com
Top 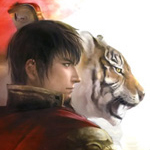 
Share
How not to be your own worst enemy
Top