Wall Street’s biggest banks say the slump in emerging-market assets that left equities trailing advanced-nation shares by the most since 1998 last year will prove more than a fleeting selloff.

Goldman Sachs Group Inc. recommends investors cut allocations in developing nations by a third, forecasting “significant underperformance” for stocks, bonds and currencies over the next 10 years. JPMorgan Chase & Co. expects local-currency bonds to post 10 percent of their average returns since 2004 in the coming year, while Morgan Stanley projects the Brazilian real, Turkish lira and Russian ruble will extend declines after tumbling as much as 17 percent in 2013.

While the economies of Brazil, Russia, India and China symbolized the increasing power of the developing world during the worst of the global financial crisis and delivered outsized returns, Morgan Stanley says some of the same nations may now prove to be laggards as the U.S. Federal Reserve scales back unprecedented stimulus and interest rates rise. The MSCI Emerging Markets Index is down 3.2 percent this year, compared with a 0.8 percent drop in the developed-market index, and hit a four-month low yesterday as data from China showed weakness in manufacturing and services.
Photographer: Sanjit Das/Bloomberg

A bus conductor holds a fan of Indian rupee banknotes on a bus in Kolkata. Investors... Read More

“The world not long ago was so mesmerized by the emerging markets without distinguishing the good from the bad,” Stephen Jen, a partner at SLJ Macro Partners LLP who correctly predicted the selloff in developing nations last year, said in a phone interview from London on Dec. 18. “The cost of capital will start to normalize and that’s when we see the truth being revealed in these markets.”

Emerging-market local-currency bonds returned 205 percent in dollar terms in the decade through 2012, compared with a 58 percent gain for U.S. Treasuries, according to data compiled by JPMorgan and Bank of America Corp. The MSCI index of stocks advanced 261 percent, outpacing the 69 percent rally in the developed-market measure.

Last year, domestic bonds in developing nations lost 6.3 percent, the most since 2002 when JPMorgan started compiling the data. The MSCI emerging-market equity gauge declined 5 percent, compared with a 24 percent rally in MSCI’s World Index, the biggest underperformance in 15 years, according to data compiled by Bloomberg.

“It’s a structural de-rating that’s taking place” in emerging markets, John-Paul Smith, a Deutsche Bank AG strategist in London, said in a phone interview Dec. 18. Developing-nation stocks will trail their peers in advanced economies by a further 10 percent in 2014, he said.

The recovery in developing economies, which contributed to 65 percent of the global expansion since 2010, is struggling to gather momentum as exports grow at the slowest pace in four years. China, which buys everything from Brazil’s iron ore and Chile’s copper, is facing the threat of bank failures as local government debt increased 20 percent annually since 2010.

While emerging markets are still expanding faster than developed countries, the margin will shrink this year to the smallest since 2002, according to Credit Suisse Group AG. The growth rate in advanced economies will almost double to 2.1 percent this year, while emerging markets expand 5.3 percent, compared with 4.7 percent in 2013.

Investors can still find value in developing nations as they differentiate economies based on growth momentum, inflation and balance of payments, according to Sara Zervos, who helps oversee $15 billion in assets at Oppenheimer Funds Inc.

“There will be a competition for marginal capital flows,” Zervos said in a phone interview on Dec. 20 from New York. “There will be winners and losers.” Investors should favor the Mexican peso, South Korean won and Indian rupee, while avoiding the rand, real and rupiah, she said.

The MSCI Emerging Markets Index traded at a multiple of 10.3 times projected 12-month earnings, compared with 14.9 for developed markets, the biggest discount since 2006, according to data compiled by Bloomberg.

Adithep Vanabriksha, the Bangkok-based chief investment officer for Thailand at Aberdeen, says he is buying Thai stocks as valuations fell to the lowest levels in 18 months. Rakesh Arora, the head of research at Macquarie Group Ltd. in Mumbai and India’s most accurate equity forecaster, says the S&P BSE Sensex will advance 13 percent in 2014.

“When people are running away, we are happy to get in,” Guillermo Osses, who oversees $14.5 billion as the head of emerging-market debt at HSBC Asset Management in New York, said in a phone interview on Dec. 19. Osses said he’s buying the currencies and short-term debt in Brazil and South Africa following their slumps.

The Fed said Dec. 18 that it plans to take the first steps toward cutting the stimulus that helped fuel the credit boom across emerging markets over the past five years, by reducing its monthly bond purchases by $10 billion to $75 billion.

Even a small capital outflow and increase in borrowing costs will have adverse impacts on governments and companies in developing countries as debt levels increased, according to Morgan Stanley.

Net debt amounted to 1.25 times earnings before interest, taxes, depreciation and amortization for companies in the MSCI’s emerging market gauge, up from 0.68 in June 2009, according to data compiled by Bloomberg. Average borrowing costs for developing-country governments jumped to 6.96 percent on Jan. 2, the highest since Mach 2010, according to JPMorgan’s GBI-EM Diversified Index.

“We’re at the mature end of the credit cycle in emerging markets, which suggests we may see increased financial-sector and fiscal risks, which are not priced in by the markets,” Rashique Rahman, co-head of foreign-exchange and emerging market strategy at Morgan Stanley in New York, said by e-mail on Dec. 18.

Morgan Stanley recommended investors reduce holdings of emerging-market currencies and bonds on Dec. 3, saying the developing world “faces the challenge of regaining a decade of lost competitiveness.” The bank labeled Brazil, India, Indonesia, South Africa and Turkey as the “fragile five” in August, because of their reliance on foreign capital.

Goldman Sachs advised clients to cut their emerging-market allocation to 6 percent from 9 percent, citing the lack of economic reforms to improve growth, CNBC reported on Dec. 22. Leslie Shribman, a spokeswoman for Goldman Sachs in New York, confirmed the report without commenting further.

JPMorgan expects a return as low as 1 percent for local-currency bonds this year, compared with an average gain of 10 percent over the past decade, according to its 2014 outlook report.

As economies in developing nations slow, political and social tensions are flaring. The Thai baht tumbled to a three-year low on Jan. 2 as anti-government protesters attempted to force Prime Minister Yingluck Shinawatra out of office.

In Ukraine, protesters took to the streets last month as President Viktor Yanukovych backed out of a trade deal with the European Union in favor of closer ties with Russia.

Debt levels are increasing as incumbent governments increase spending to win voters, according to Citigroup Inc. Public debt in emerging markets rose to more than 40 percent of their gross domestic product in 2013, the highest since 2006, Citigroup data show.

“Emerging markets will probably find it difficult to sustain the steady improvement in sovereign creditworthiness that has helped to define the asset class since 2004,” David Lubin, the head of emerging-market economics at Citigroup, wrote in a note on Dec. 2.

To contact the editor responsible for this story: Tal Barak Harif at tbarak@bloomberg.net 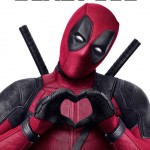